One year (and a half) ago, the graphical patch for Youkai Yashiki (CASIO, 1986) was released, also known as Ghost House.
A friendly reminder of the superb graphics  yazioh did: 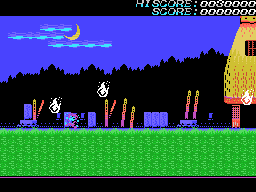 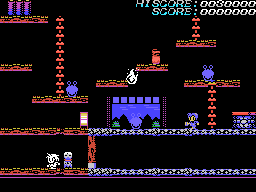 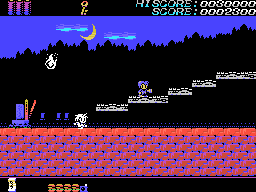 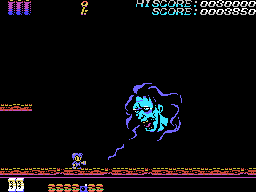 Today, I have finally cleaned up the source code of the patches and uploaded it to GitHub.

Browse the source code at github.com/theNestruo/msx-youkaiyashiki-patch

Rec Mono Duotone
A personal favorite — this use the Linear style for Regular text and Casual styles for Bold, Italic, & Bold Italic text. In many themes that use italic styles, this will give most code a utilitarian look, but set comments, some keywords, and certain headlines in the more-handwritten Casual style.

This custom build is based on Rec Mono Duotone configuration, with some OpenType Features tweaks:

Two years ago, Stevedore for MSX was released.
To celebrate the second anniversary, you can now download the original soundtrack converted to MP3 for your convenience!

You can now play (and download) for free at thenestruo.itch.io/stevedore

Physical cartridges can be acquired at MSX Cartridge Shop

And you can browse the source code at github.com/theNestruo/msx-stevedore

Stevedore password system was cracked by MSX user Briqunullus on Jan 16, 2021, and then I shared the password generator I used during the development process as a GitHub Gist .

Today, I was talking with MSX AREA editor  Juanmi Ortuño about Stevedore, then I remembered the password generator was not available online.

So here it is: 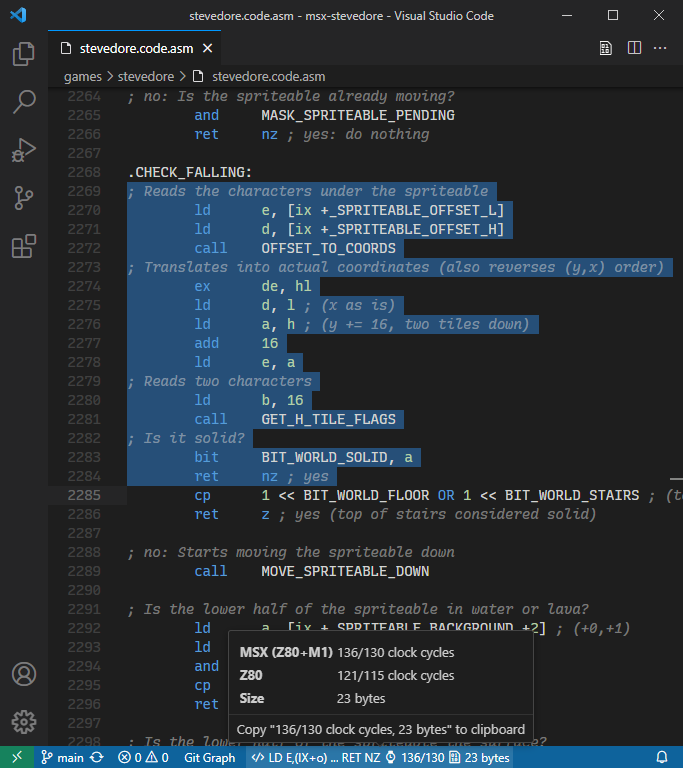 Get it here: Z80 Assembly meter

Browse the source code at github.com/theNestruo/z80-asm-meter-vscode

One year ago, Stevedore for MSX was released.
To celebrate the first anniversary, you can now play (and download) for free at thenestruo.itch.io/stevedore

Physical cartridges can be acquired at MSX Cartridge Shop

And you can browse the source code at github.com/theNestruo/msx-stevedore

Due a bug in BlueMSX 2.8.x emulator, players were getting a forced game over after loading a save state.
If you replace you .exe with BlueMSX 2.9.0, save states will work as intended.
Get the Blue MSX 2.9.0 compiled executable here: github.com/ducasp/blueMSX

TMX2BIN is a free command line tool to convert Tiled maps to binary.

Get them and browse the source code at github.com/theNestruo/pcxtools

One month ago, these superb graphics by  yazioh were just a mock-up of Youkai Yashiki (CASIO, 1986), also known as Ghost House, for MSX. 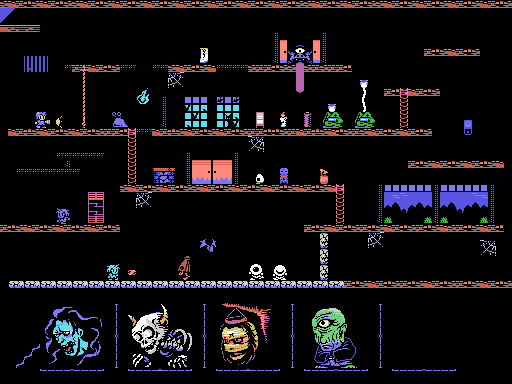 Today, you can play with those graphics! 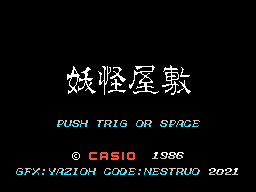 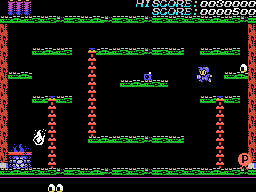 The graphical patch for the game is offered in two flavours:

Additionally, a minipatch is provided for those who want to play with enhancements but using the original graphics.

Can you spot the differences between the original MSX Pyramid Warp (T&E soft, 1983) and the Enhanced+ version? 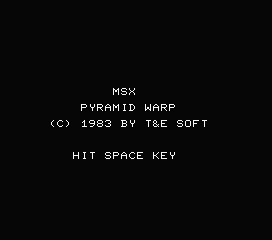 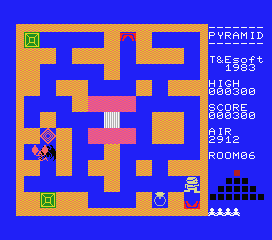 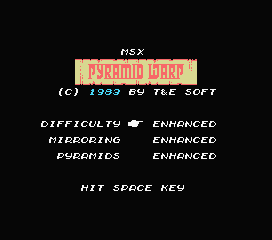 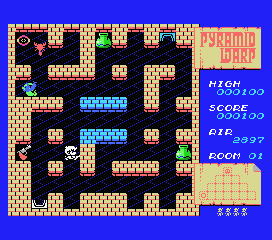 Browse the source code, including an annotated disassembly of the original Pyramid Warp (T&E soft, 1983), at github.com/theNestruo/msx-pyramidwarpex

Simple dark themes, based on the default Dark (Visual Studio) theme but with less syntax highlight. 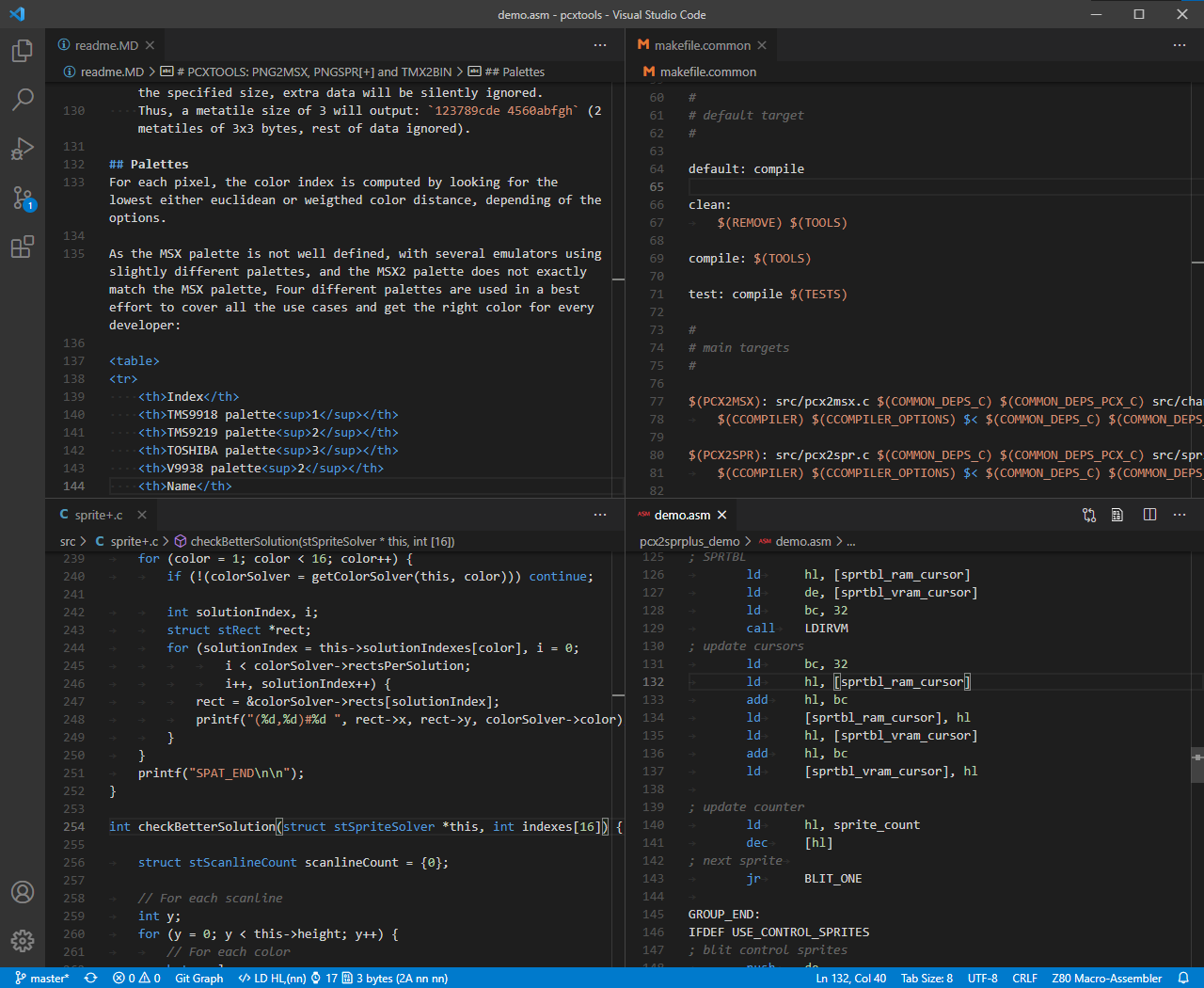 Get them here: Dark-

Browse the source code at github.com/theNestruo/dark-minus-theme-vscode 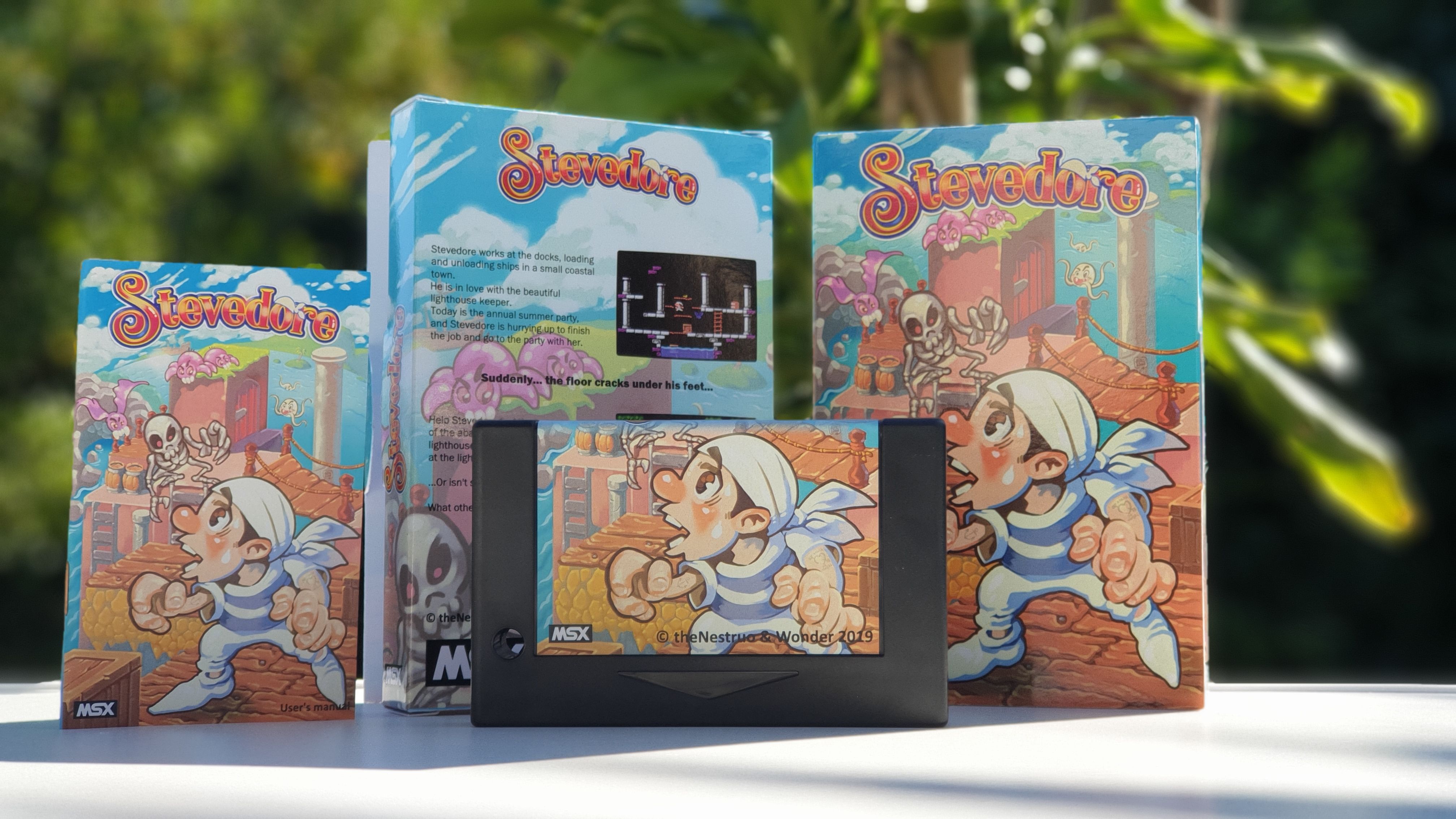 Pérez the Mouse won first place in the MSX-BASIC Contest 2011!

Let's celebrate by revealing a little secret... Did you know there is an hidden jukebox in the cassette? 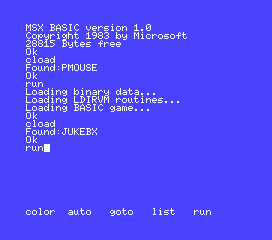 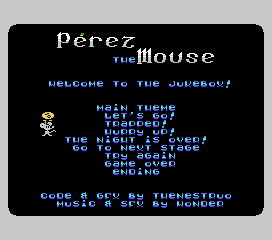 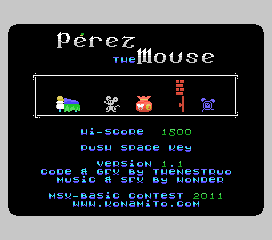 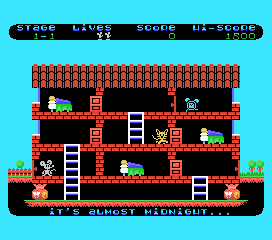 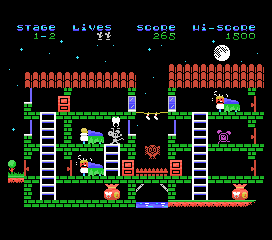 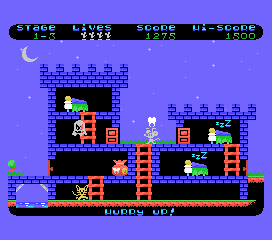 With music by Wonder

Pérez the Mouse won first place in the MSX-BASIC Contest 2011!